Chuang Yen Monastery (Chinese: 莊嚴寺; pinyin: Zhuāngyán sì) is a Buddhist temple situated on 225 acres in Kent, Putnam County, New York, in the United States. The temple is home to the colossal indoor statue of a Buddha (Vairocana) in the Western Hemisphere. The name “Chuang Yen” means “Majestically Adorned.”

History
In November 1975, the Buddhist Association of the United States (BAUS) leased 125 acres of land in Putnam County from Dr. C.T. Shen (one of the co-founders of BAUS and late Vice President of BAUS) for the development of Chuang Yen Monastery. According to the temple, the lease was for ninety-nine years with an annual payment of one dollar. As suggested by the local government, Dr. Shen donated the land to BAUS in 1989.

Much of the temple buildings are built in the architectural style of China’s Tang Dynasty and was designed by architect Edward A Valeri RA. On May 23, 1981, a groundbreaking ceremony was held for the first building, the Kuan Yin Hall. The other buildings that make up the monastery were added over the years: the Dining Hall, the Thousand Lotus Memorial Terrace, the Tai Hsu Hall, the Yin Kuang Hall, the Woo Ju Memorial Library and the Great Buddha Hall. The Great Buddha Hall’s opening was presided over by the 14th Dalai Lama.

Leadership
The first President of BAUS, Venerable Lok To, laid the foundation of BAUS. Venerable Ming-Chi and Xian-Ming, together with Dr. Shen, took on the challenge and assumed the responsibility of building and serving Chuang Yen Monastery.

Community Service: Every year, events such as Chinese New Year Blessing Ceremony, Garden Party on Mother’s Day, Ritual for the Deceased, and Summer Camp have been put together. Donations are made to senior centers, fire departments, and food banks when possible. Volunteers take the initiative and coordinate events for public awareness when disasters occur around the world.

Free Book Distribution is a program where books are free for visitors and are sent to prisoners if requested. This is due to the contributions of many Buddhist masters, authors, and donators all around the world.

School Program: To support educational needs in the tri-state areas and to welcome ethnic groups, volunteers with different ethnic backgrounds make a dedication to the program. Each year, CYM serves thousands of students who visit the grounds and also accepts invitations for talks in schools, prisons, and community centers.

Retreat: According to Buddhism, world peace starts from inner peace. The principle of Buddhism teaches: “Do no evil, cultivate well. Purify one’s mind.” This is the teaching of Buddhism. CYM offers retreats throughout the year for people to spend the time to develop inner peace. CYM invites Buddhist masters from other states or countries to conduct retreats.

Kaaterskill Falls is a two-stage waterfall on Spruce Creek 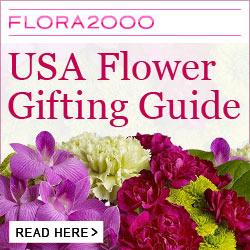